The Algerian Stitch is most commonly seen worked as an eyelet stitch, but there is also a plaited version that is similar to a fish bone stitch.

When working the Algerian stitch as an eye or eyelet, the stitch can be worked over any number of threads in the canvas. When worked over a single thread, the result is a very small star that has the illusion of a large center opening. When worked over two or more thread, it looks more like a double cross stitch with a small hole in the center.

The Algerian stitch can be used as a filler, in bands and rows, or individually as a single stitch. 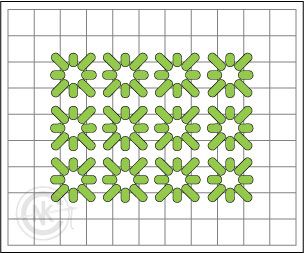 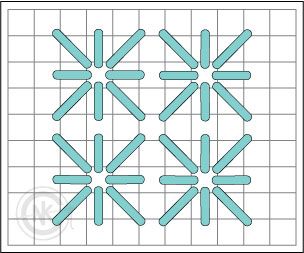 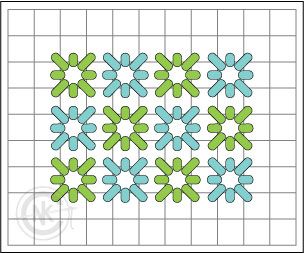 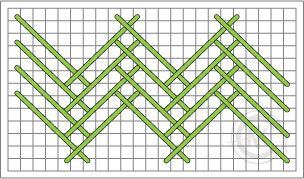 Tutorial: How to Sew a Ruffled Drawstring Bag for Your Ballet Shoes