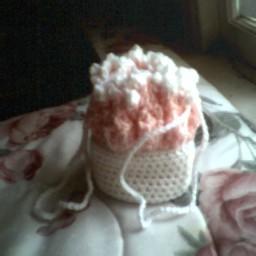 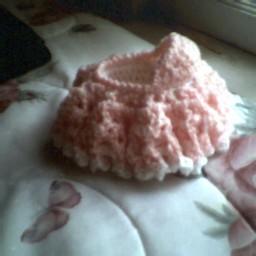 **THIS CAN BE MADE W/O THE DISH SOAP BOTTLE. However, it will not stand up very well.Also, use hook on previous rnds unless otherwise instructed

To prepare: Cut 2 inches off the bottom of the dish soap bottle with scissors or a sharf craft knife. You will by using the bottom piece. The rest is not used. This is the “prepared base”

Fit both piece in place in the prepared “base”. Sc around entire top. (47 sc)

With pink, and “F” hook, starting from other end of cradle, reverse sc evenly around top of cradle, and hood skipping sts directly in front of hood.(I came up with 33 reverse sc…you may have a few more or less).

Drawstring
Make 2 long chains (about 15-17″). Weave through last “V” rnd on skirt,each going in opposite directions. Before fastening off each chain, after one end has been woven through, sl st ch tog, and sl st in next 4-5 st to make even…
Download free patern

You can try find out more about
MINI-Cradle Purse

The Origin Of Paleo Diet plan

How to easy scarf in your hair

Balls of braided paper to decorate parties or Christmas Tree

How to build a deck

How to build a pergola

How to frame a mirror