When I cook dinner for Michael and myself, I usually try to stick to the quick and easy recipes. Although I really enjoy cooking, I don’t exactly look forward to spending a ton of time in the kitchen when I come home from work.

I recently made this super simple, tasty little dish called Cheddar Penne with Sausage & Green Peppers and it turned out fantastic!

Michael even added it to his Top 5 meals cooked by me. He liked it better than several more complicated, time-consuming recipes, so I guess I can’t complain about that! 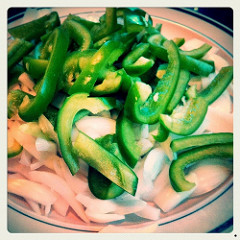 Cut up the onion & peppers and browning the sausage 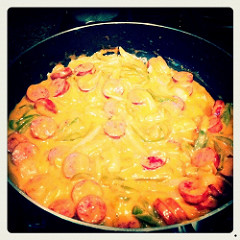 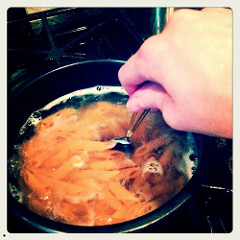 Cooking the sauce and pasta 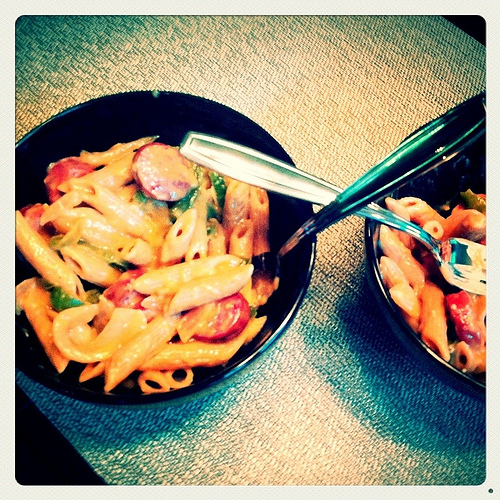 To make it a little more healthy, I used whole wheat pasta and turkey sausage.

1. Heat the oil in a 10-inch skillet over medium-high heat. Add the sausage and cook until well browned, stirring occasionally. Remove the sausage from the skillet. Pour off any fat.

3. Place the pasta into a large bowl. Add the sausage mixture and toss to coat.

How to dress for your body shape: Inverted Triangle

Fringe Cover Up For Kids

HOW TO SEW A DRAWSTRING HALTER DRESS