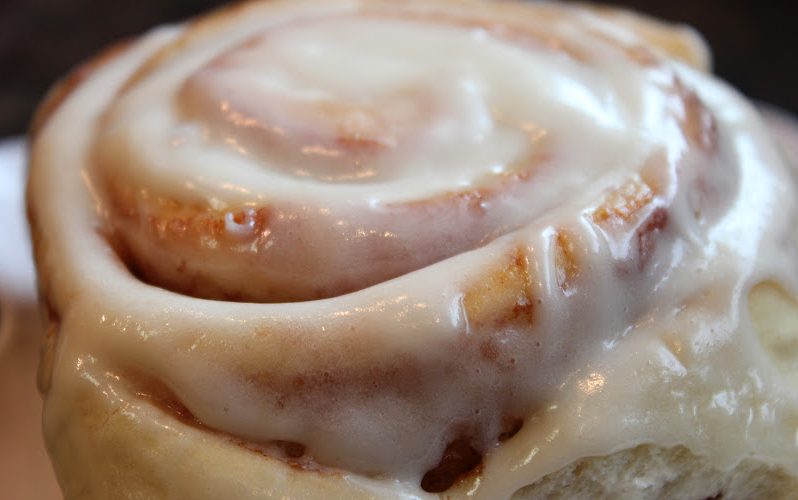 Main Street Bakery in Magic Kingdom has the best selection of sweetsand one of the most popular items on their menu are the cinnamon rolls.These massive rolls are filled with brown sugar and cinnamon thenslathered with a generous helping of cream cheese frosting making them absolutely irresistible!! 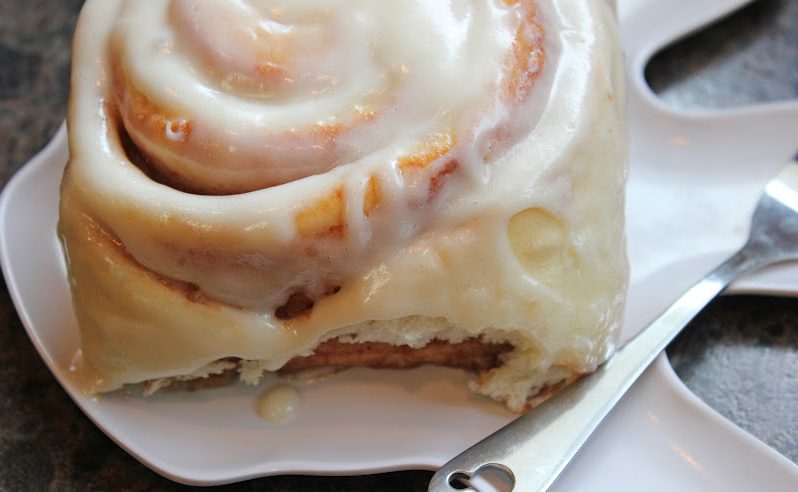 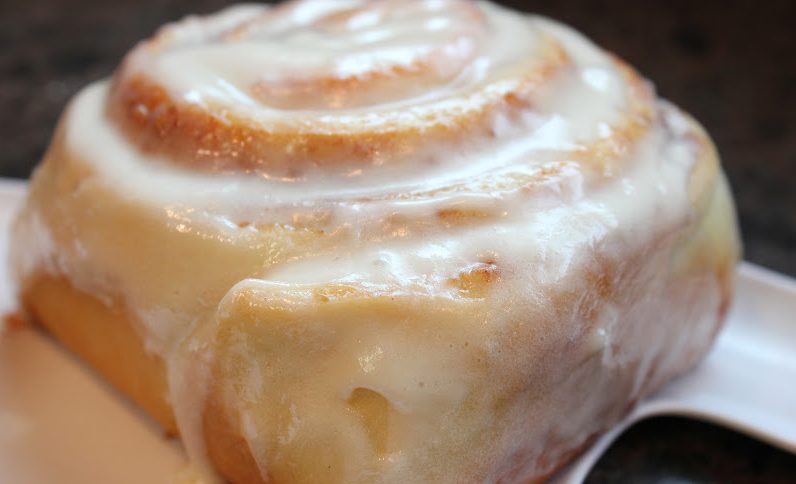 Directions:    In a small bowl, combine water, yeast and sugar. Stir well until dissolved. Set aside.    In a separate large bowl, mix pudding and milk with a wire whisk. Add in 1 stick of melted butter, eggs and salt. Mix well then add in the yeast mixture. Gradually add in the flour, 1 cup at a time, and knead until smooth.    Place in another large bowl that has been well-greased. Cover bowl with plastic wrap or clean, damp towel and let rise in a warm place until double in size. Punch down and let rise again.    Roll dough out on a very large floured surface. Dough should roll out to a long rectangle, about 34 x 21 inches in size. Take the 2 sticks of melted butter and spread over entire surface, using a pastry brush.    In a small bowl, mix brown sugar and cinnamon. Sprinkle over top of the buttered dough. Starting on the long end, roll up like a jelly roll.    Using a serrated knife, measure dough every 2 inches and slice. Take each roll into the palm of your hand and gently pack the roll to keep it from coming apart during baking.    Place each roll into a buttered baking pan and allow to rise again in a warm place for about 20 minutes. Bake in preheated oven at 350° for 20 minutes or until golden brown. Remove from oven and frost with cream cheese frosting (recipe below) while still warm. Yum!! 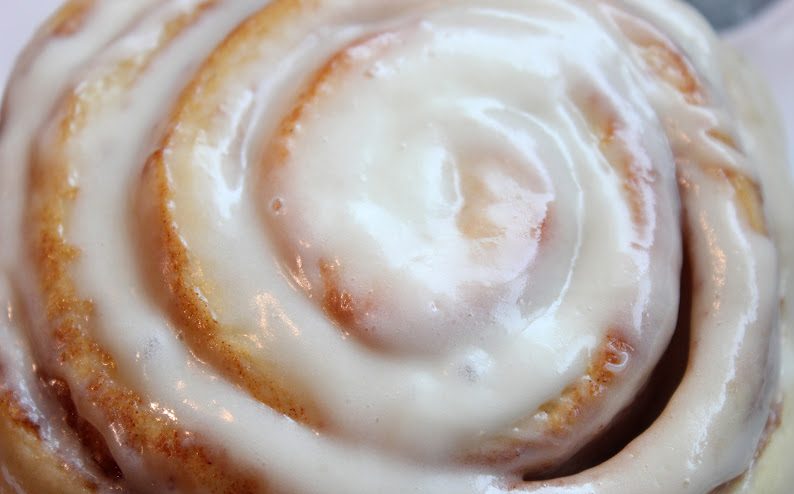 Directions:    With an electric mixer, blend cream cheese, butter and vanilla until creamy. Slowly add in powdered sugar, 1 cup at a time. Mix well. After all of the powdered sugar has been mixed in, add the milk, 1 tablespoon at a time to thin out. Blend on low until smooth. Spread on warm cinnamon rolls. 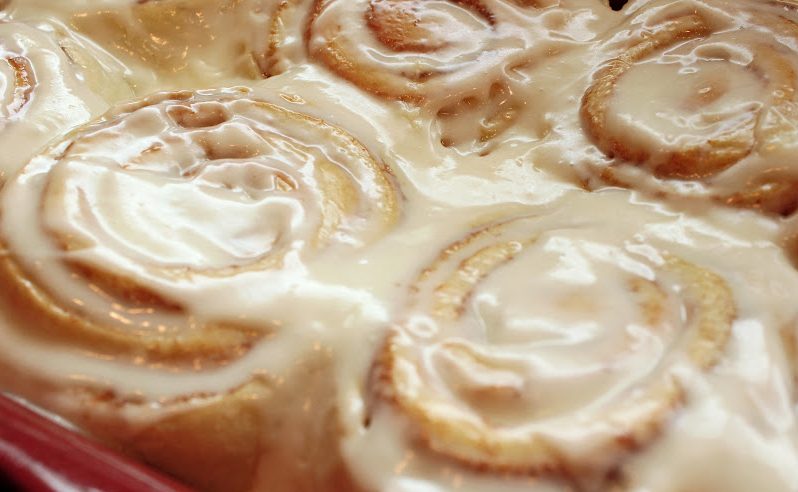